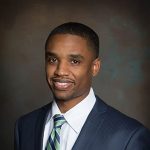 Dr. Derrick Burgess is a board certified Orthopaedic Surgeon and specialist in Sports Medicine and shoulder surgery.  It was in high school that Dr. Burgess, a Muscle Shoals, Alabama native, realized his interest in orthopaedics.  After suffering an injury in football, Burgess discovered a mentor that would be a catalyst for his pursuit in medicine.

He actively participated in sports coverage for Howard University athletics and DC public schools at Coolidge High School. He subsequently completed his sports medicine specialty training under world-renowned surgeon Dr. Frank Noyes at Cincinnati SportsMedicine and Orthopaedic Center. There, he trained extensively in arthroscopic surgery of the knee, hip and shoulder, ligament reconstruction, cartilage transplantation, meniscal transplantation, osteotomies and shoulder replacement, including the reverse ball and socket arthroplasty.  He served as associate team physician for the Cincinnati Bengals as well as team physician for Milford High School.  He has also worked on the collegiate level with University of Maryland and Reinhardt University football programs.

Dr. Burgess has authored several peer reviewed articles and presented his research on national platforms including AAOS and AAPMR.

Dr. Burgess enjoys spending time with his wife, Myeasha, and their three children, Suzette, Julia and Derrick, II.  In his spare time he enjoys working out, traveling and playing golf.

Dr. Baylis is a native of Selma, Alabama. He completed medical school at the University of Mississippi School of Medicine in Jackson; and his orthopedic surgery residency at Erlanger Medical Center-University of Tennessee College of Medicine in Chattanooga, TN.

He completed a fellowship in arthroscopic surgery and sports medicine at the American Sports Medicine Institute in Birmingham. Prior to joining South Central, Dr. Baylis worked with Premier Orthopedics and Sports Medicine in Hattiesburg, where he was founding partner. 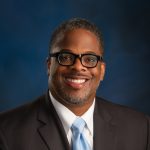 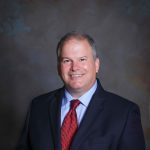 Prior to joining South Central Orthopedics, Dr. Burns worked with Premier Orthopaedics and Sports Medicine in Hattiesburg, where he was founding partner. 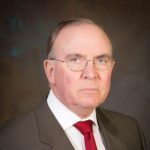 Dr. Morrison is an Orthopaedic Surgeon, who graduated from the University of Michigan Medical School in Ann Arbor, Michigan. He completed his residency in Grand Rapids, Michigan, under the auspices of Michigan State University and received a Fellowship in Sports Medicine/Orthopaedic Surgery at Henry Ford Hospital in Detroit, Michigan. He has had academic appointments to the Department of Surgery to Michigan State University College of Human Medicine and the University of Mississippi Medical Center in Jackson, as a clinical instructor. His interests are in total joint reconstruction and trauma. 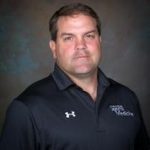 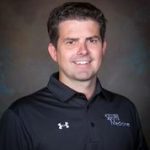 Joel Pierce, PT, DPT, ATC, CSCS, has been employed with South Central since 2004.  He graduated from the University of Southern Mississippi in 2002 with a Bachelor of Science in Sports Medicine and Athletic Training. In 2004, he graduated from the University of Mississippi Medical Center with a master’s in Physical Therapy. In 2010, he completed his Doctorate in Physical Therapy. Joel is a certified Athletic Trainer through NATABOC, and a Certified Strength and Conditioning Specialist through NSCA. His clinical practice primarily focuses on orthopaedic sports medicine rehabilitation, with special interests in the knee and shoulder. Joel is affiliated with the Jones County Junior College Athletic Department for rehabilitation of their post-surgical and injured athletes.  He is also involved in the development and program design of SCRMC’s SportsPerformance+ program focusing on athletic enhancement. He has served as the Certified Athletic Trainer for Laurel High School since 2005. 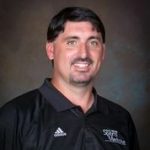 Kirk Landrum, ATC, serves as Coordinator of Wellness and Sports Medicine at South Central Regional Medical, as well as Sports Performance+.  He has worked at South Central Regional Medical Center since 1996.  He is a graduate of University of Southern Mississippi with a bachelor’s in Sports Medicine with an emphasis in athletic training.  He received a master’s in Public Health with an emphasis in health administration from the University of Southern Mississippi in 2003.  He is certified in Sportsmetrics and has been the primary developer of the Sports Performance+ program at South Central. 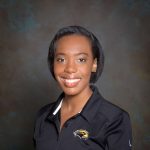 Nicki Jackson, ATC, serves as an Athletic Trainer for South Central Sports Medicine. She began her career with SCRMC in 2018. She is a graduate of the University of Southern Mississippi with a bachelor’s in Sports Medicine with an emphasis in athletic training. Nicki is board certified as an athletic trainer, received a Lifesaver’s Recognition Award from NATA and is First Responder certified.

Nicki’s main focus is to be alert and active with athletes in Sports Medicine, while providing the best care to each athlete. She focuses on injury prevention and rehabilitation from illnesses. She trained with local high schools, medical practices and at the University of Southern Mississippi athletic program. 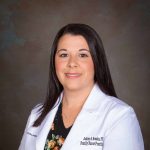 Ashley completed nursing school from Jones College in 2011. She received her Bachelor of Science in Nursing from UMMC in 2018, and then she obtained her Master’s Degree as a Family Nurse Practitioner at the University of Southern Mississippi in 2019. Ashley has served as a registered nurse at South Central Regional Medical Center over the last 10 years and worked within the operating room for the last 4 years.

Ashley has experience in family medicine and pain management. She is continuing her education by becoming a first assistant in surgery.